I hadn't seen a great deal of London while the con was on - other than grabbing the last afternoon to walk around Tower Bridge and London Bridge and briefly wondering if I'd wandered into World of Warcraft: 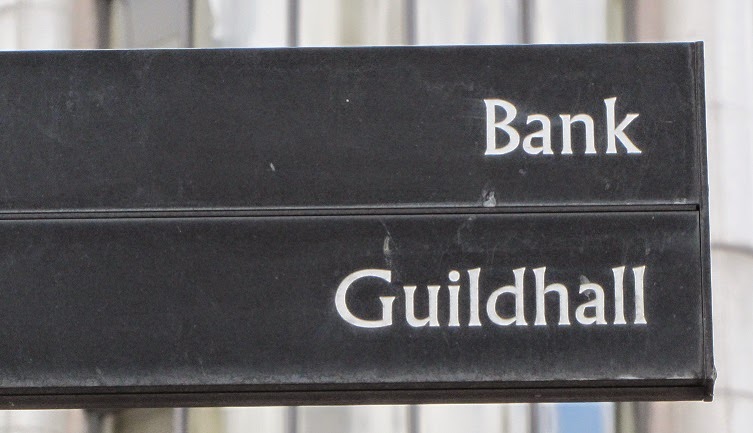 But since we were taking the night train to Scotland we had a whole afternoon to fill after checking the luggage at Euston Station.  Wandering randomly, we came across the British National Library, and had an explore.  Don't you hope this guy is inventing a table? 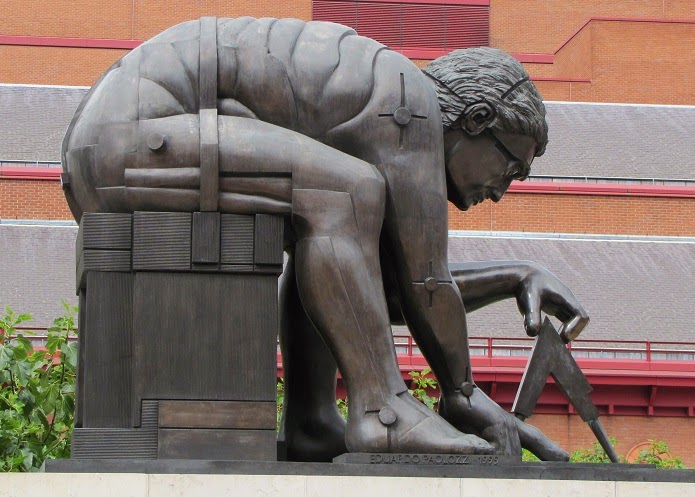 Then we thought we'd take the tube to a nearby station:

Because there was an interesting museum on the map.  There, we admired a line:

And decided to go to the park instead.  Regent's Park was just down the street, another enormous collection of flowers, winding paths and statues. 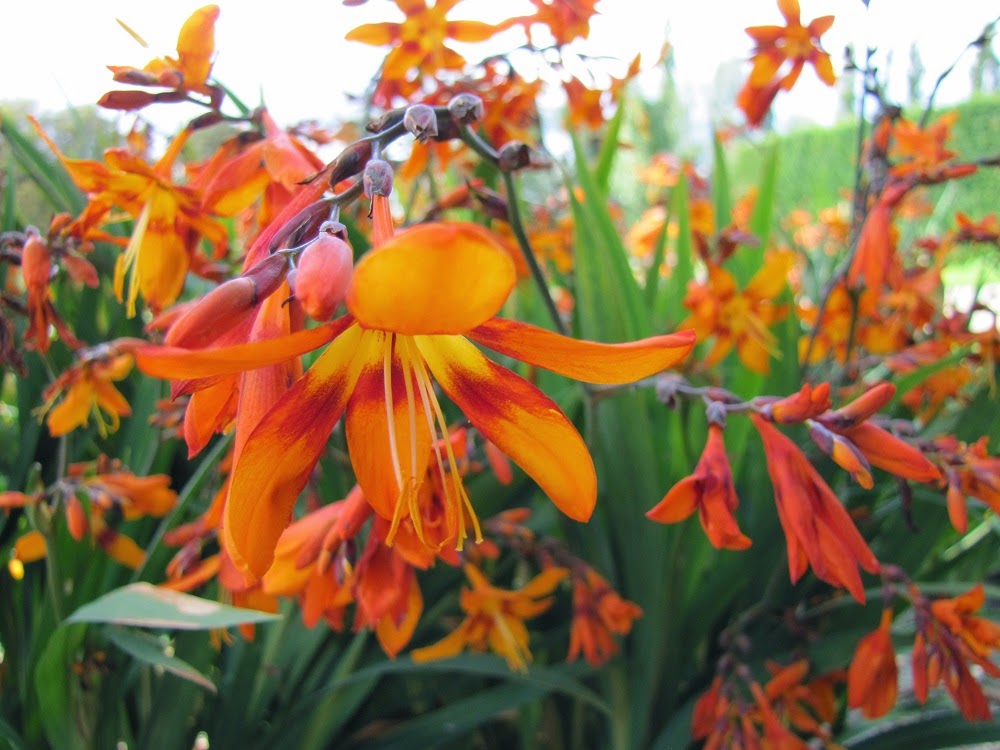 Having thoroughly worn out our feet, we returned to Euston Station, and the enormous hall of no doubt equally tired people all standing in a mass staring at a giant departures board.  I'm sure there's a reason they don't put more seats in there.  A good reason.  A very very good reason.

Eventually the train to Fort William arrived, and we crammed ourselves into our teeny sleeper room and did manage a reasonable amount of sleep (though wondering yet again if it is really necessary to be cooked).  At Fort William we walked down a street and then back up the street and then caught our connection to Mallaig.  This is an exceptionally scenic route, particularly recognisable to fans of Harry Potter for the scene where the train goes over a magnificent curving aqueduct.  The train drivers evidently are well aware of this and obligingly stopped twice on the curve to allow people to stampede to one side of the train and take pictures.

However, that did make us almost late for our ferry connection to Skye, so there was a teensy bit of racing up slopes with wheeled suitcases (and then some highly challenging trying to haul wheeled suitcases up a ferry gang plank with six inch anti-slip ridges every foot or so).

The ferry trip was uneventful (or may well have had dinosaurs, but we were recovering from the hauling, and not paying much attention).  Then we had a small amusement of the rental company accidentally giving our hire care to the wrong people (but fortunately working out the mistake before those people drove off), followed by driving in a new car in a new country and wondering what the speed limit is.

So a lot of connections and standing about, but in the end, arrived.