I'm now back in my own house, with a couple of weeks to play Dragon Age rest before heading back to work.  While I made progress on Pyramids, and have a much better idea of how everything works (I'm very amused by the idea of 'allegiance' in this world), it's extremely unlikely I'll get through the first draft before the end of the year - but I will play Dragon Age push on diligently and try to get a reasonably early release next year.

The winners of the Five Thousand Stars giveaway are:


I will email to arrange prize delivery.  Congratulations!
- November 17, 2014 9 comments:

The last bit of this holiday is cities (arranged for the end on the basis that cold autumn weather and tromping in the country aren't that attractive a mix).  So a complete change of pace as we returned the rental car (fortunately checking the return location a couple of days beforehand so that the fact that that branch had closed down didn't throw us into a complete panic), and switching to trains to go briefly to London, then Paris, Zurich, Venice - and then flying back to London to at long last actually explore it a little.

In each city we took an open top bus tour (well, in Venice we rode the vaporetto - water bus) and ate stereotypical local food (crepes in Paris, fondue in Zurich, pizza and pasta in Venice, and high tea in London). 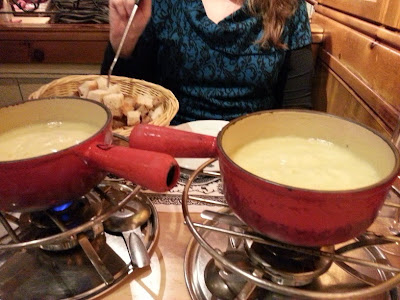 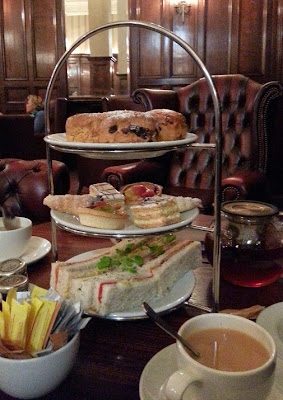 You can't really get more than impression of a city spending only a couple of nights there - especially when constantly tired from the hauling suitcases-travel-adjust-haul suitcases cycle.  But there were plenty of highlights along the way.  I got to walk along the Seine: 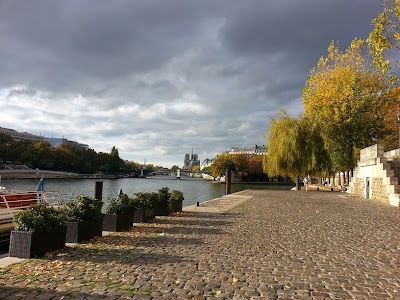 We also visited the Louvre, which was freaking enormous.  Not just lots of artwork (so much, so many) but this great big spread out building with huge staircases and endless hallways. 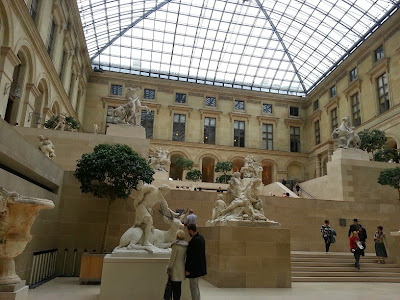 That was really the impression I took of Paris overall: sweeping, sprawling and festooned with statues.

Zurich, by contrast, was a more compact, keeping close to the river and lake that forms its centre (an impression increased because we were staying in the Old Town, with lots of narrow streets).  Far fewer statues, and rather persistent rain, but we ended up quite happy about this when our bus tour ended in a cable car ride up a small hill and into the first snowfall of the season.  [Only the second time in my life I've been in snowfall, and made a short walk through a forest to a chalet cafe magically lovely (and wet and cold).] 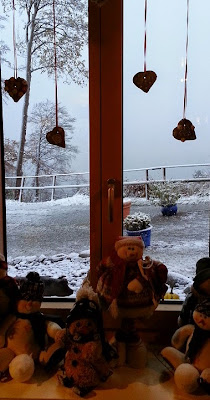 The train ride from Zurich to Venice was particularly spectacular, with lakes and dramatic, snow-kissed mountain slopes in every direction.  But it was warmer in Venice, which was also good.  Our hotel room overlooked a canal. 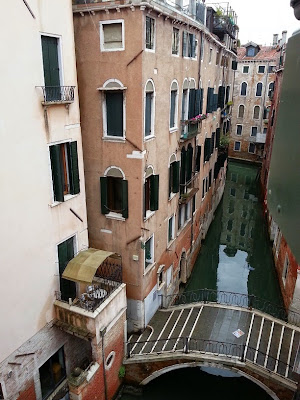 Each day singing gondaliers would pass below our window, and there were beautiful bells, and...sirens.

We didn't know what the sirens were about until about midday of the first full day there, when we discovered that in November and December in Venice, high tide is often....high. 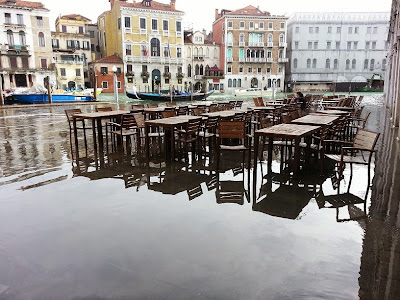 The sirens are to let the locals know that today's high tide will flood the low-lying parts of the city.  The shops all sold these things called "high tide boots". 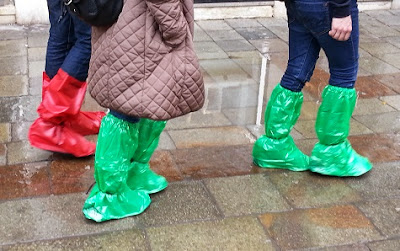 It wasn't a tremendously difficult thing, once you knew about it, and we proceeded to get ourselves lost in winding alleyways, and to goggle at the sheer variety of masks, and glasswork.  On the second day we returned just after what appeared to be a school graduation, and the streets that night were full of a different kind of singing, roistering and joyous.

After a short plane flight (so cramped after the much more comfortable trains) we were back in London, and apparently it was Christmas. 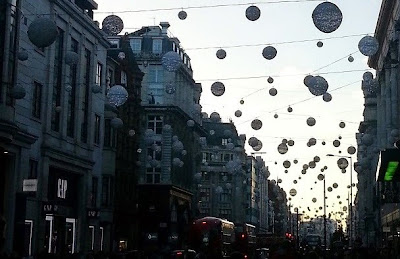 Barely scratched the surface of London, after five nights, but did enjoyably 'research' things for Pyramids (still slowly progressing, but definitely not out this year), and buy lots of tourist tat, and stumble around, not at all lost thanks to Google Maps, but rather footsore.

We did manage a couple of lucky days when Cornwall was visible, but this week was definitely as much fog as not.  Still, lots of fog is a novelty to me, since we only occasionally get fog in Sydney.  We were staying in a converted fancy old hotel called the Headland, where there were coastal walks right from the doorstep. 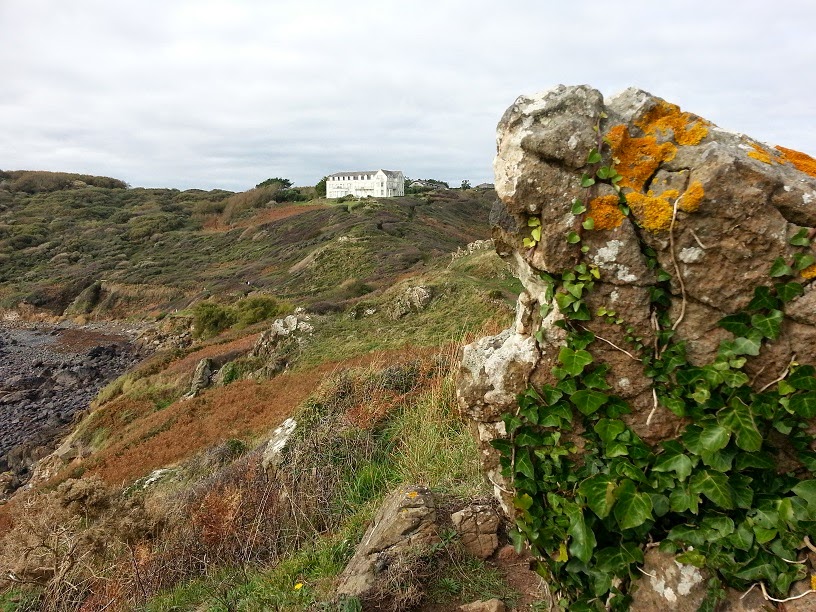 One our first excursions was to the Eden Project. 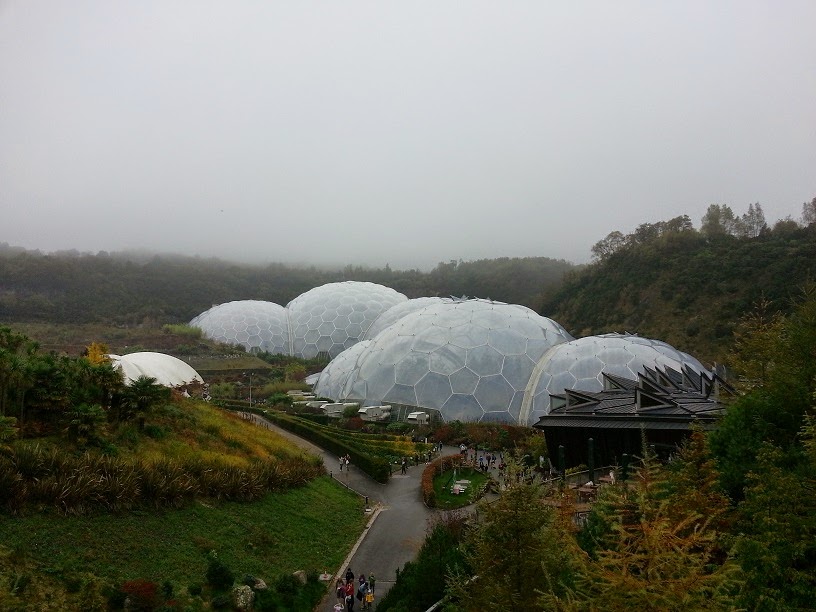 The two domes contain a Mediterranean and a tropical environment.  The tropical environment one was not exactly a novelty to someone who grew up in Townsville, but did produce an amusing game of "didn't we have one of those in the back yard?".  Banana, pawpaw, coffee, tamarind...all familiar from home.  The Mediterranean habitat had a vine area with statues of maenads - very vibrant and full of energy and violence - impressive. 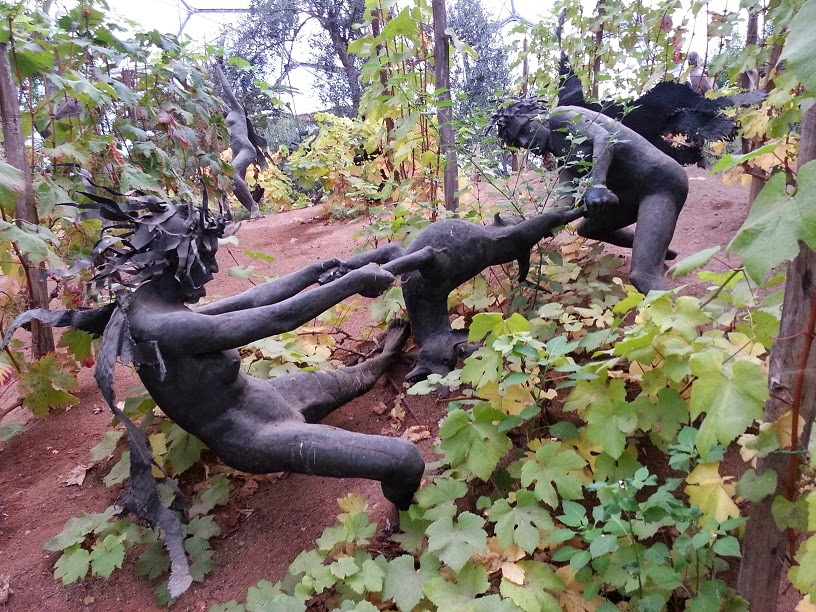 One place I particularly wanted to see was St Michael's Mount (confusingly similar to Mont St Michel in France), where the outgoing tide uncovers a causeway.  We had a couple of fortunate hours exploring before the fog rolled back in.  Also one of the busiest places we visited - due to something called "half-term". 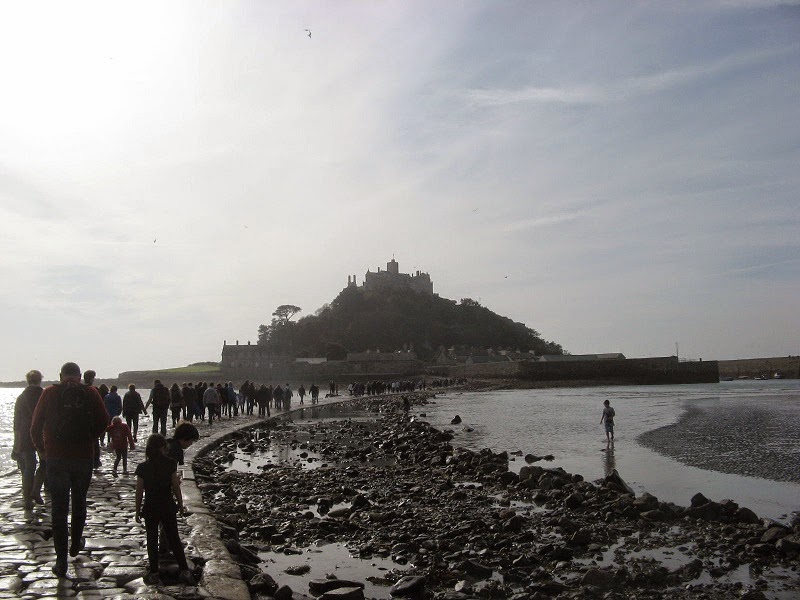 The last of our walks was along the southern-most coastline in mainland Britain - an area delightfully named "The Lizard" (with a town called Lizard). 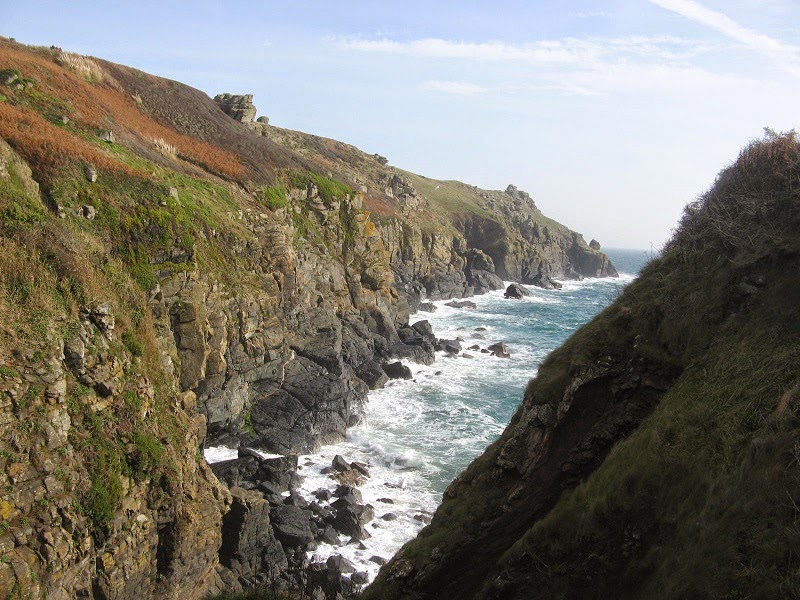 After this, no more country walks, but instead lots of trains.
- November 05, 2014 No comments: