We've had very changeable weather for our excursion into the western reaches of Scotland.  Clouds, rain, sun.  Here, for instance, is Eilean Donan Castle when we arrived: 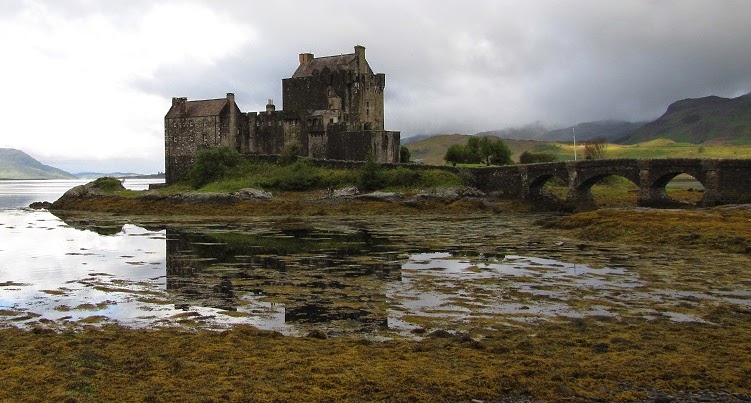 And then when we left: 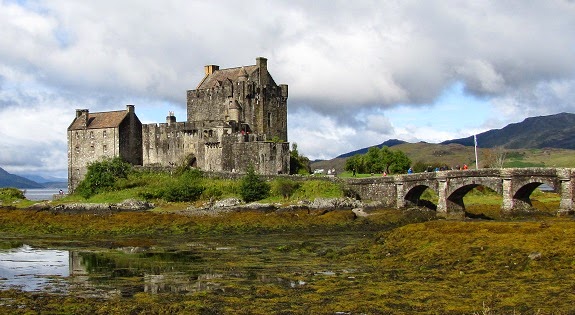 The castle itself is as spectacular as it looks, and great fun to explore.

We were lucky that it remained for the most part dry when we headed across to Skye for some touring about in the car - particularly when we found that the funny dotted roads on the map were single lane, with an amusing system of occasional wider sections of the road where you lurk when you spot someone coming so that they can get past.  This is followed by the obligatory thank you wave (somewhat confused by the cars with the steering on the wrong side, so you don't spot the person who waves).

This, however, is not a high enough difficulty setting for the Scots!  So there's some additional challenges: 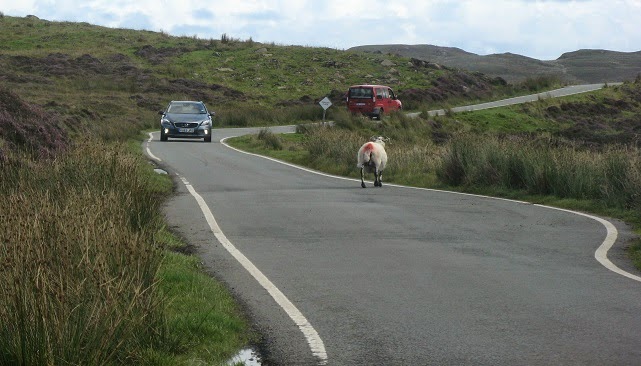 The sheep are entirely unperturbed by passing cars, sitting on the verge eating grass and wandering in any direction they choose.  And let's not even get into the occasional roaming cluster of highland cattle...