Child of Light is an Ubisoft game about a princess named Aurora, whisked away from her loving father into a realm rather overpopulated by monsters.  Fortunately she's more than ready to defend herself, and without hesitation starts swinging the too-large sword she finds. 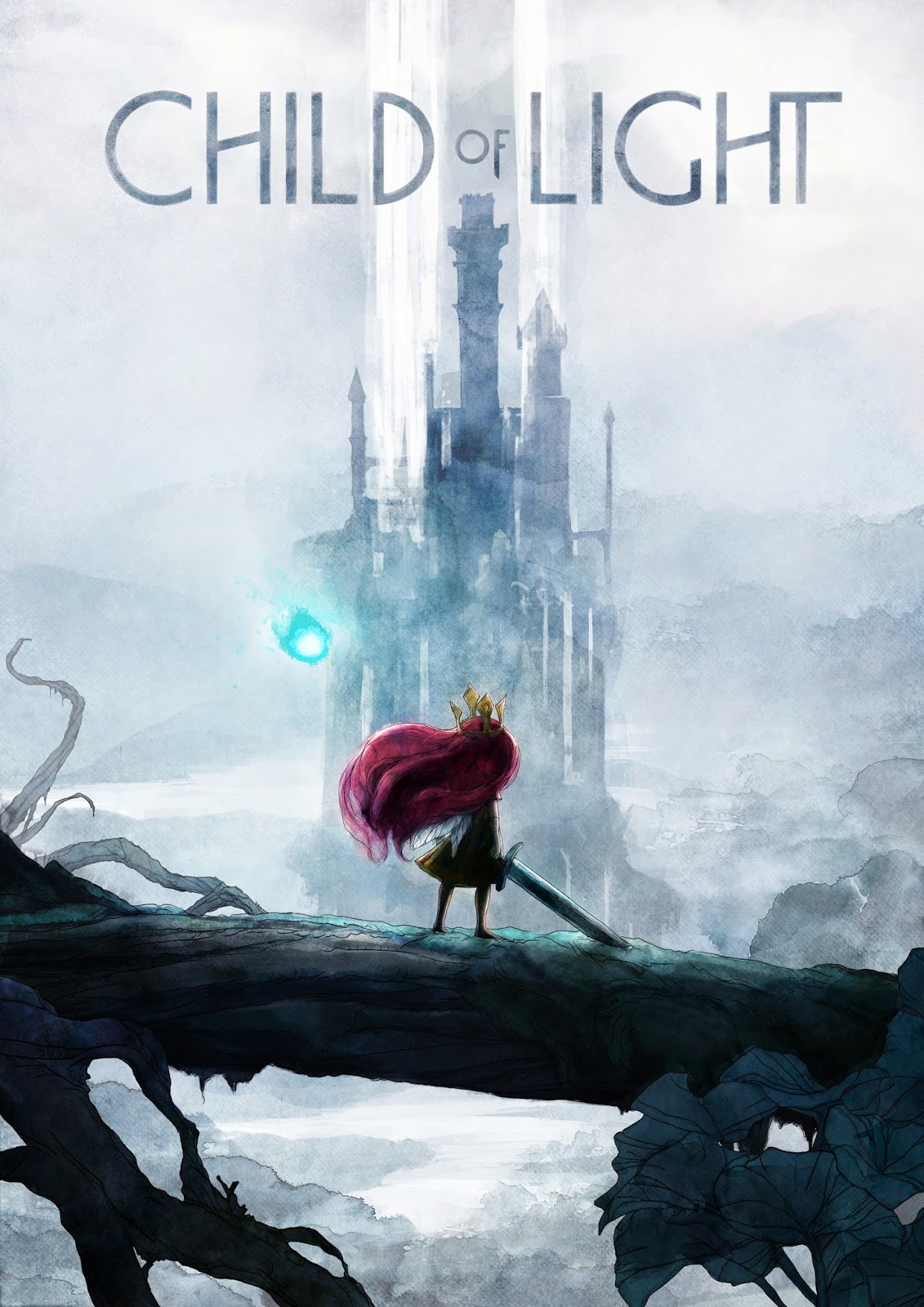 The production values on this non-AAA game are excellent.  The graphics, particularly, are lovely, and very different from the style of most games, with their water-colour painting feel.  And, fortunately, the gameplay itself is quite well done, although I definitely recommend playing this with a game controller rather than a keyboard - the keyboard controls weren't very easy. 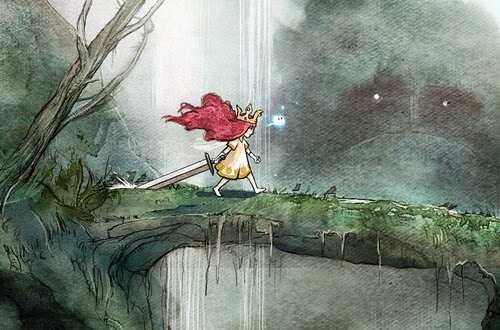 Unfortunately, the story didn't ever manage to be very interesting. The villain of the game is announced in the very beginning, and there's no real examination of the rightness or wrongness of her reasons - she's just bad.  Aurora has no real emotional arc (beyond becoming a little less bratty).  She collects an enormous number of companions who can be mixed into the combat, but the sheer number means most of the companions are just there to be there, with no real interest in their stories.  I never played Child of Light to find out what happens next, which is a particular failure for a game deliberately aiming for a storybook feel.

And the rhyming!  Gods.  If you're going to make all the dialogue and narration in your game rhyme, go find someone who is really really good at it.  There are writers out there who can turn a shopping list into a throbbing paeon, a series of measured cadences that can make even sprouts and detergent compelling.

Bad rhyming has the opposite effect, even when you have a little girl with a sword, and all the pretty pictures in the world.
- August 02, 2014