I really didn't arrange these last couple of holiday lets very well, since going up to the north of Wales after the Forest of Dean, and then down again, meant a lot of driving that wouldn't have been necessary if I'd swapped a couple of houses around.  We've driven around 3,000 miles so far.

I'm kind of over driving.

Particularly after the amusing gone-down-the-wrong-way incident in Wales, where we ended up in a winding single car-width lane between a rock wall and a watery ditch - only to find the lane stopped at a farm gate.  I'm not someone who particularly enjoys driving, let alone trying to reverse (what felt like miles) with the prospect of scraped paint on one side and bogging on the other.  And then, of course, someone came driving along from the direction of the gate.  They kindly didn't seem to laugh too much and waited patiently as my sister hung out the window and called left, right, other right!, for a short eternity.

But otherwise, northern Wales was very pretty.  We were staying near Conwy, which has a big castle sitting over a bay, and was marvellously scenic in every direction. 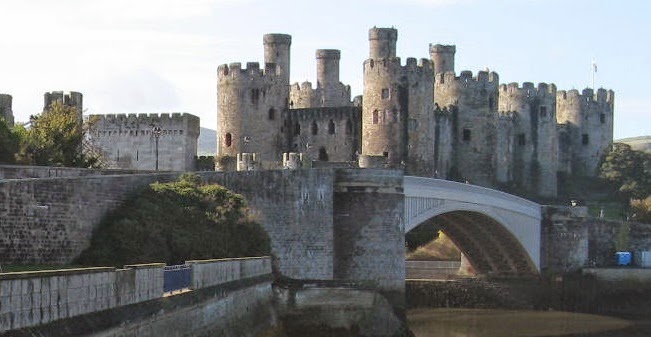 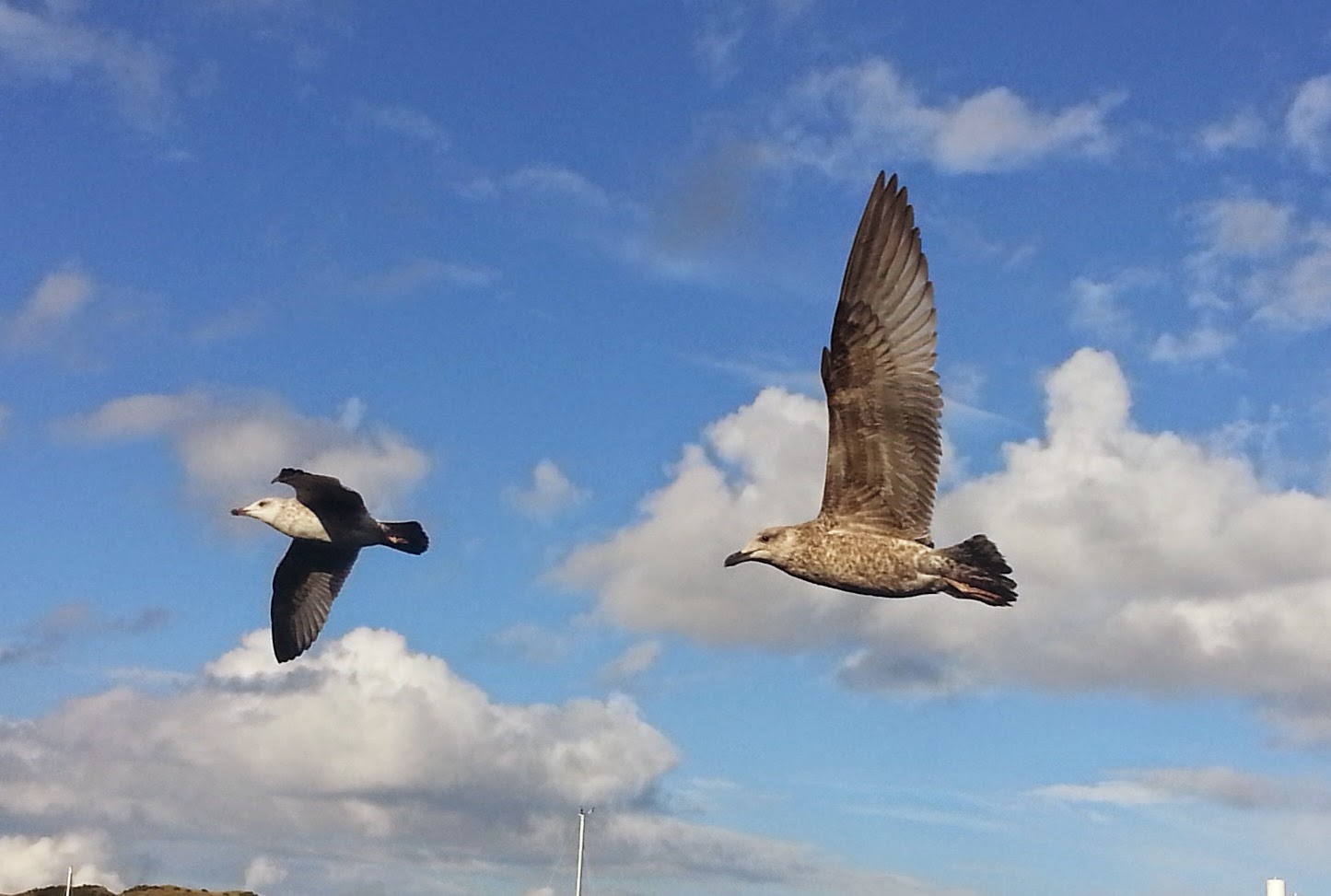 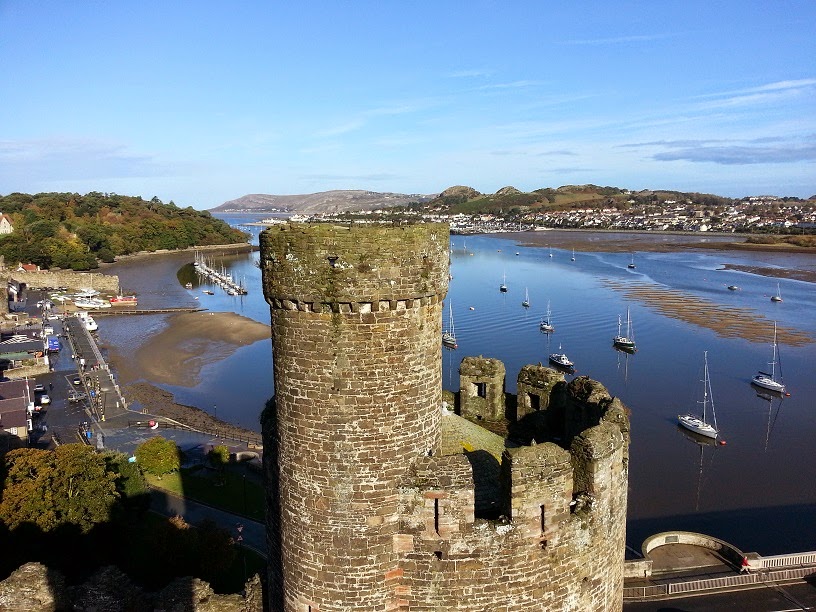 The weather was again variable, but we had a couple of good sunny days, one of which we used to visit Bodnant Gardens, which was up there with the absolute top gardens I've ever been to.  It wasn't very floral at this time of year, but still managed to be lovely - there were both multiple tiers of formal gardens below the house: 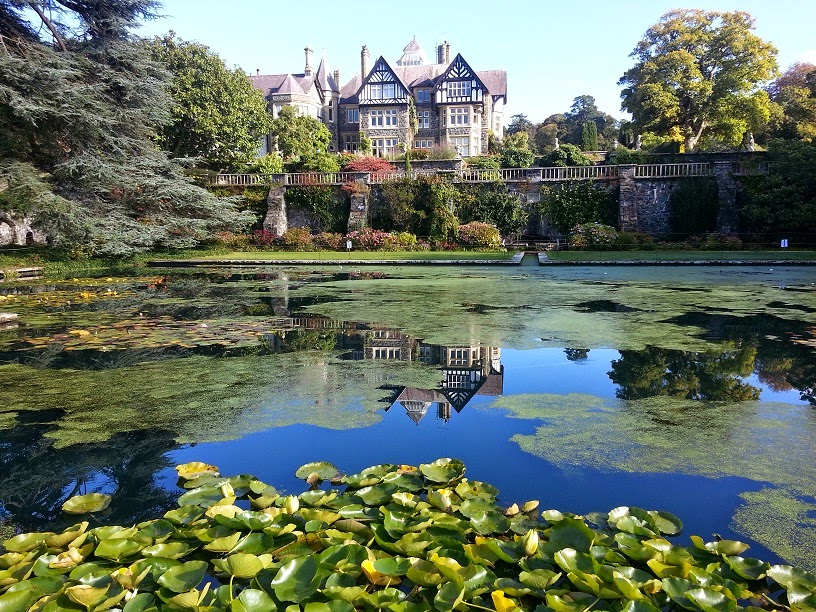 and the sculptured woodland ramble: 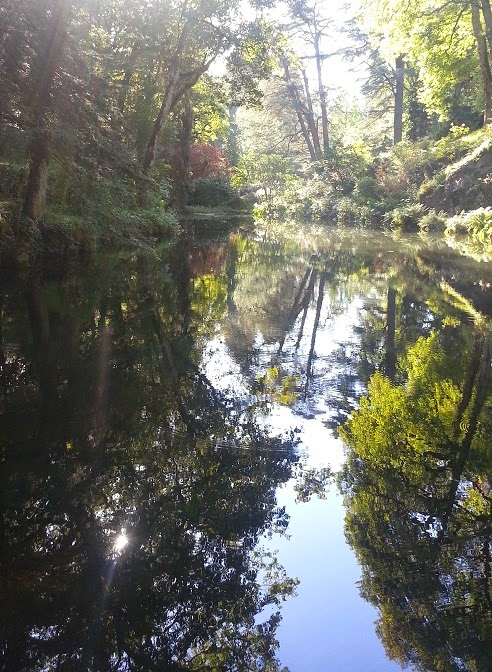 We weren't particularly early, but there in time to see the dew steaming off the foliage: 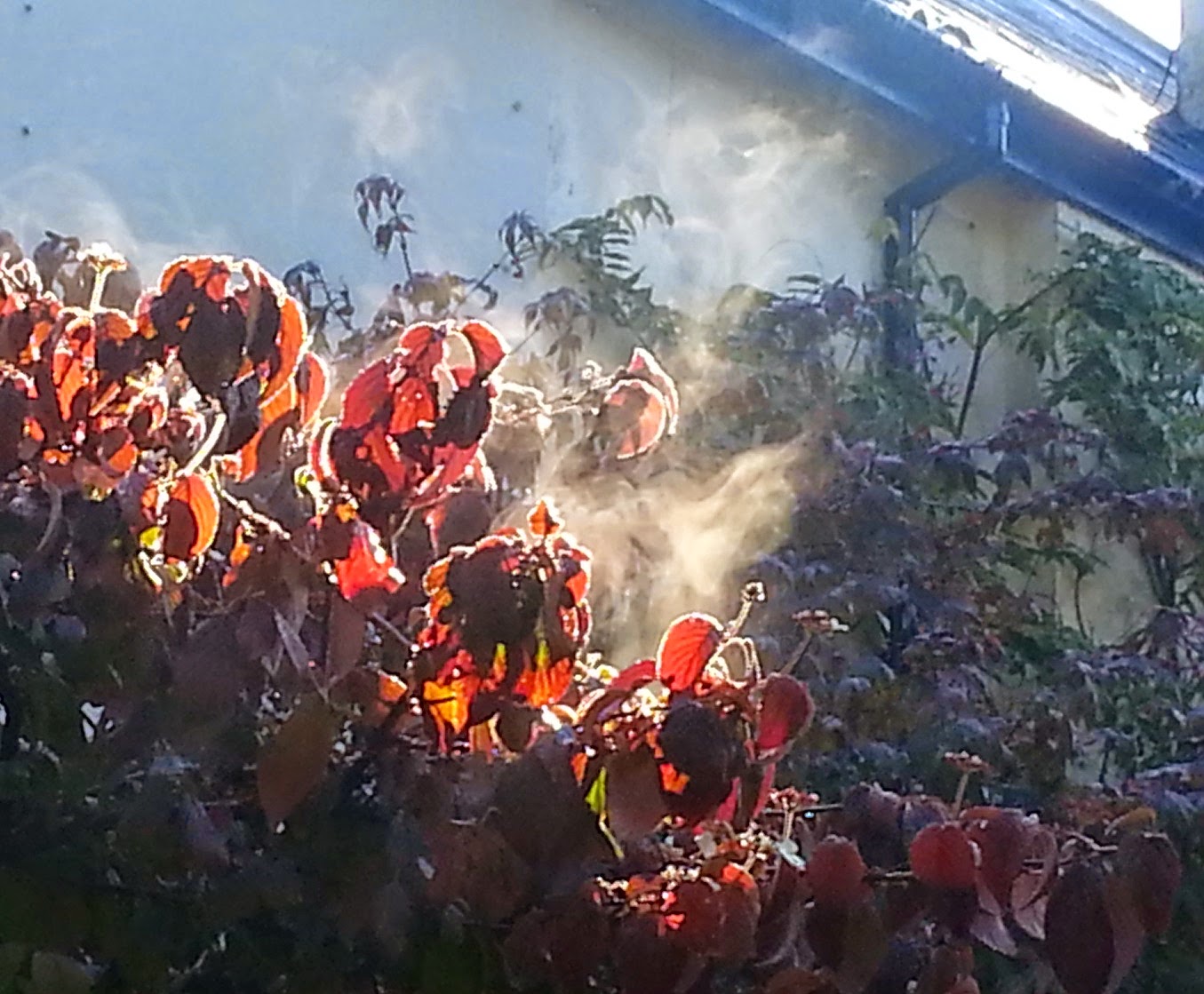 Bodnant also finally made clear a mysterious term from many a novel.  Pictured here is a ha-ha. 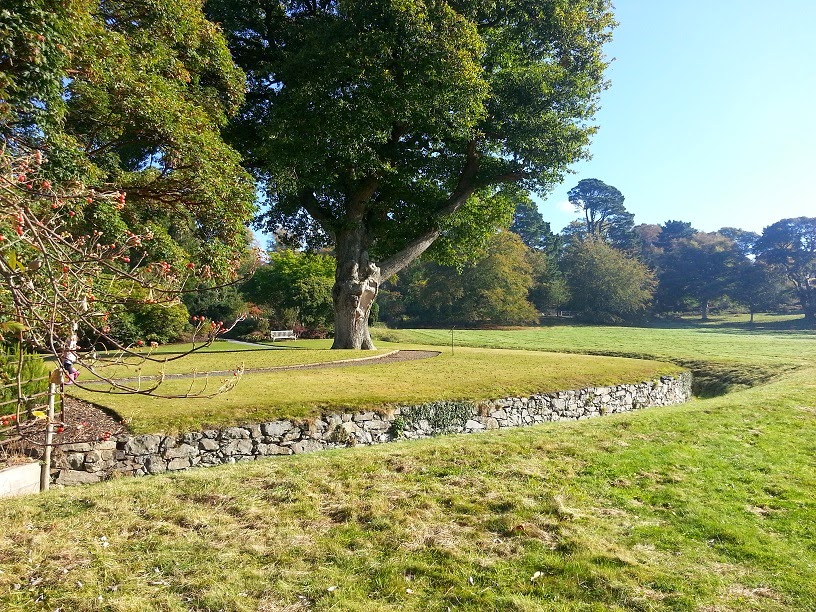 The purpose of the ha-ha is to stop stock from wandering into the bit of the garden you don't want them in, while not blocking your sweeping view of a lawn.  [This picture is from the 'stock' side of the ha-ha, showing the wall - the other direction you'd only see grass.]  The word ha-ha comes from the French term for this ditch, which is 'ah-ah' - the sound you apparently make when you fall into it.

We were also near one of the bigger seaside resorts in Wales, Llandudno, and headed up there to check out the very long pier, and also to take a cable car up a hill called "The Great Orme", which had some pretty fine views. 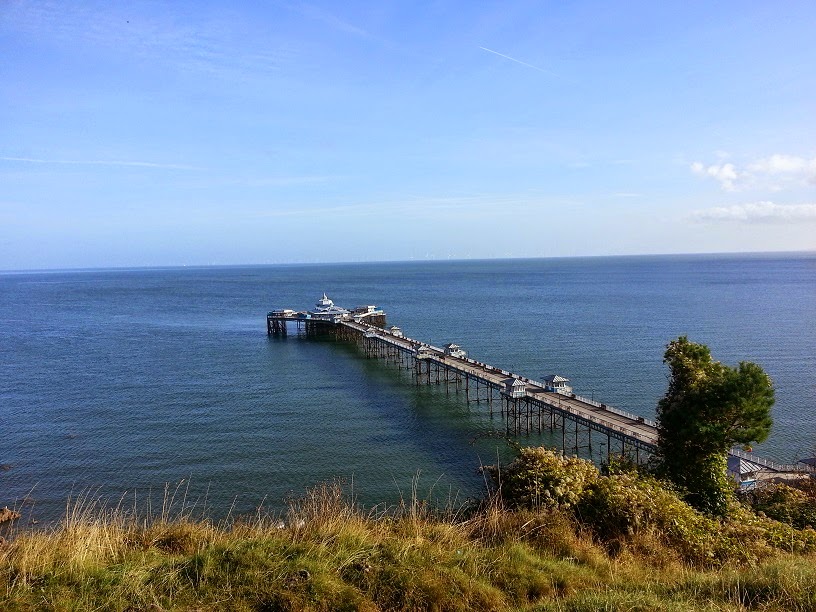 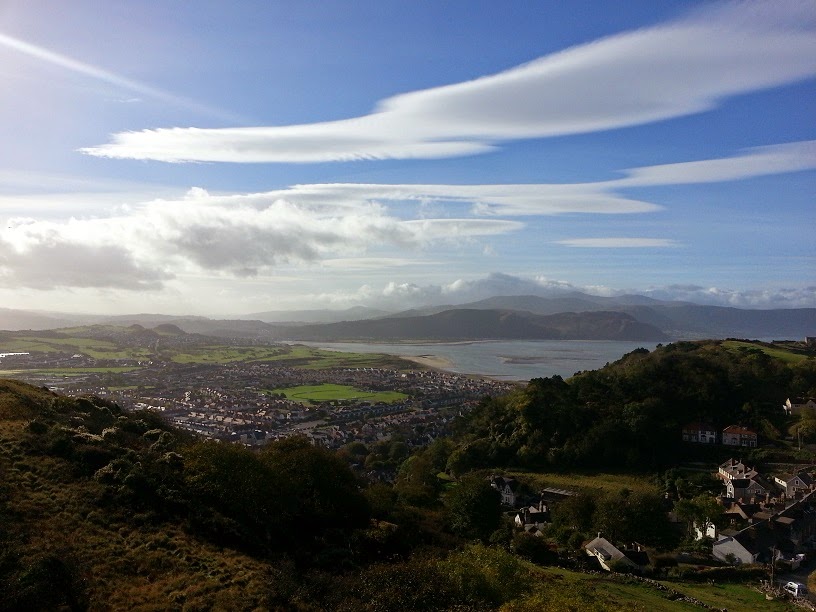