I found Exmoor windy, for sure, but wasn't sure why it would be wily - until we met one of the boot-stealing boggy bits, that tried to leave us barefoot halfway through a walk.  Definitely the muddiest we've been after a walk.

We were staying in Minehead, which is the starting point of one of the larger coastal walks. Our little cottage also had a bit of a view... 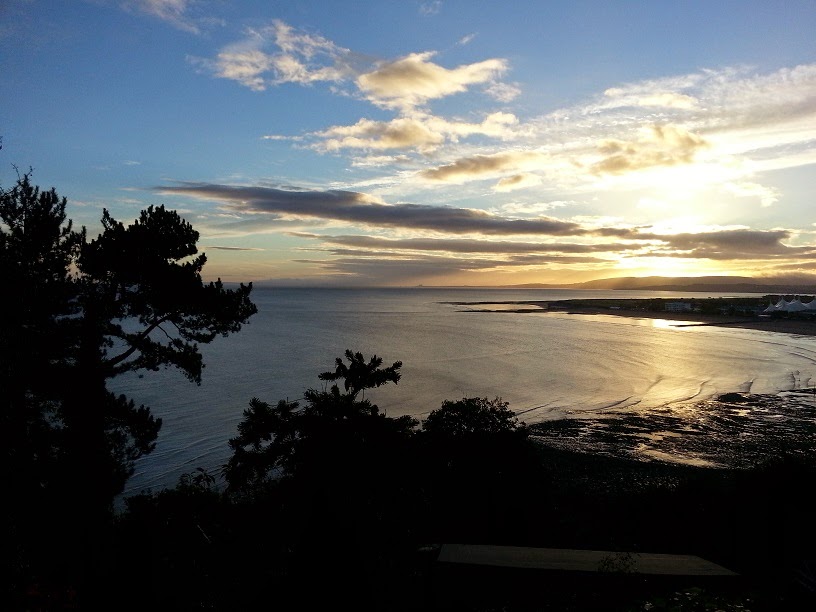 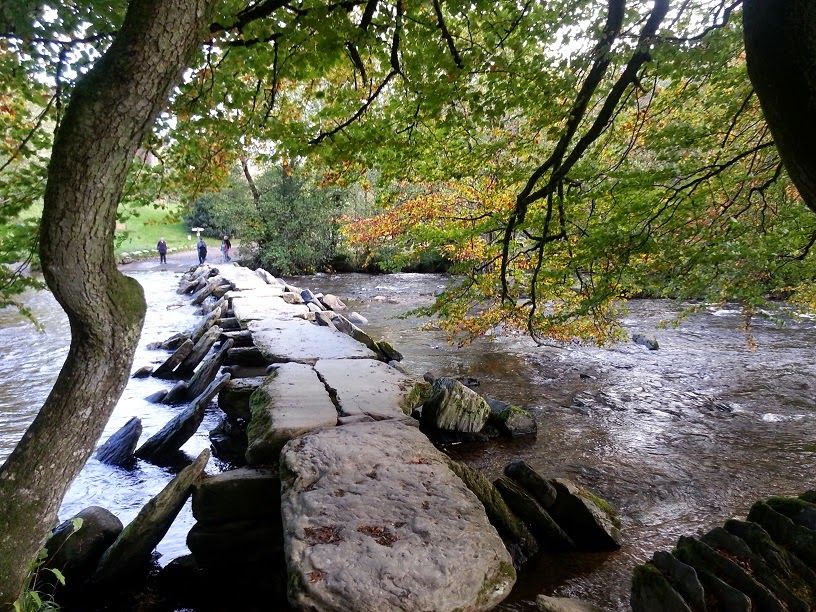 This was a walk in two halves.  The first half followed the river, and was all autumn leaves over water.  [And mud.]  The second followed a brisk climb up to the edge of the moor, and involved plenty of pheasants shrieking and hurling themselves into the sky in front of us.  Also lots of fences built by planting trees on top of muddy ramparts.  And there was mud, mud, mud and sucking mud. 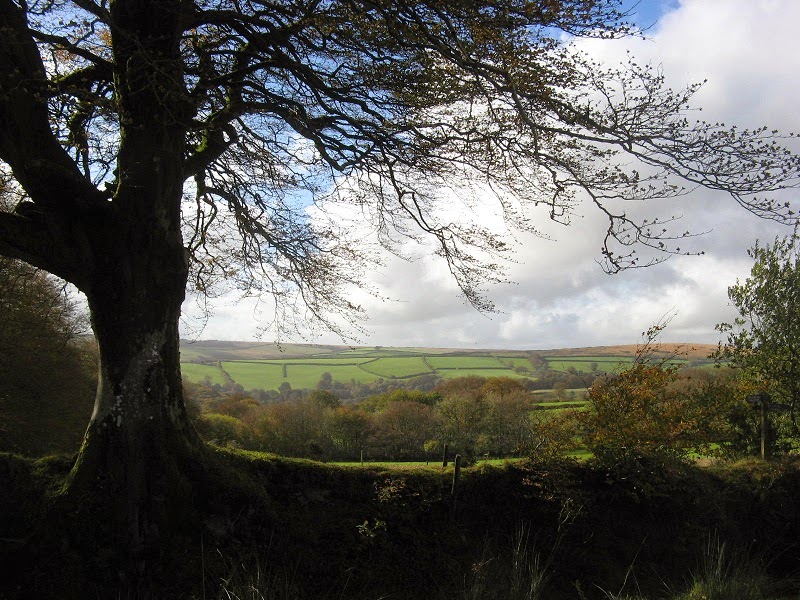 We also had a brief glimpse of Exmoor ponies on the way: 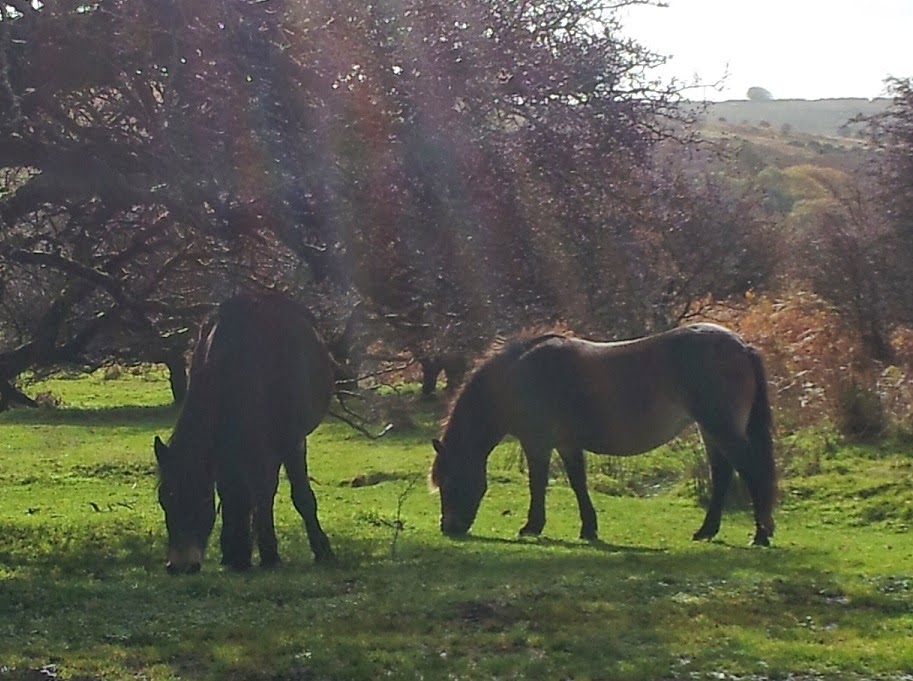 Minehead was very close to Porlock, so we were careful not to embark on any epic poetry, but did head over to do a walk that again started down by a bridge over a river (this type of bridge is a 'packhorse' bridge - it's cobbled, and designed for use in places not accessible even by wagons: 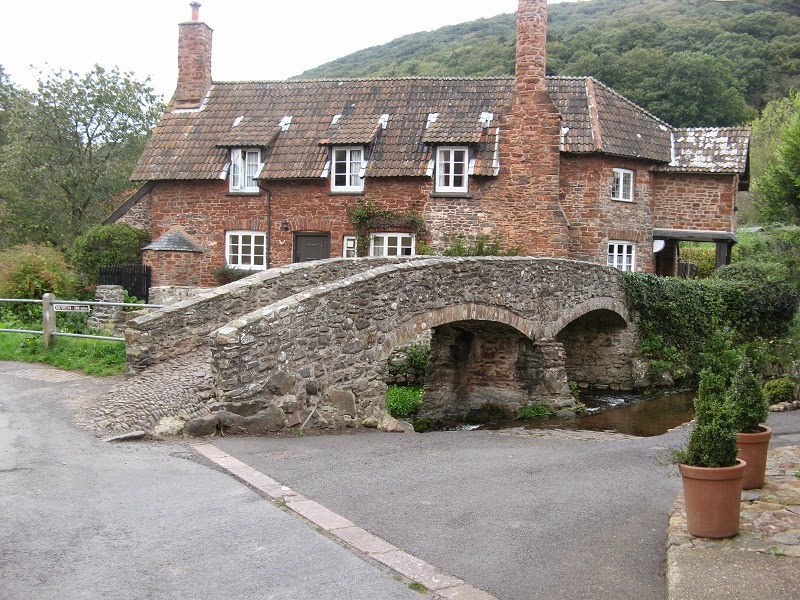 Once again after a forest walk, we climbed up to the moor.  This was the most extended vertical climb we've done, and involved resting a bit on the way up, and then being rather nervous of the drop on the trip down. 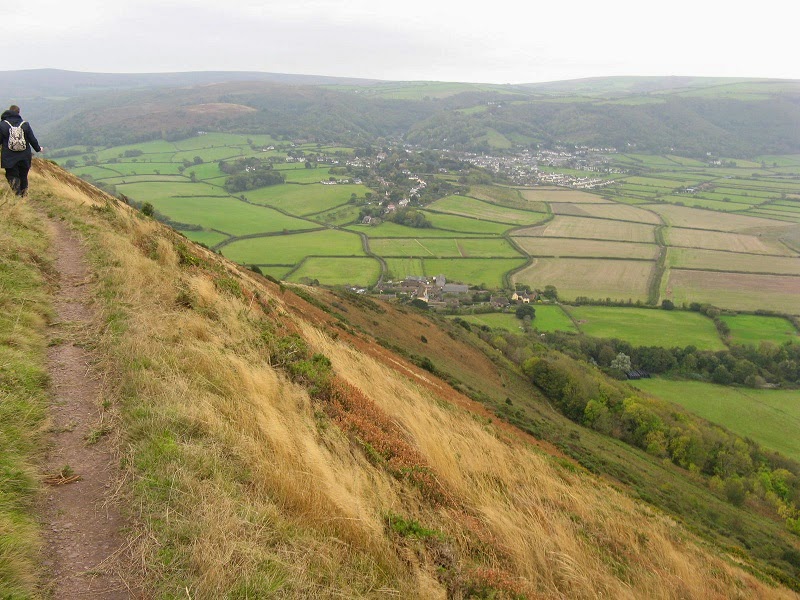 Two different garden visits this time: one at a place called Hestercombe (nice place, but not exceptional at the time of year we visited): 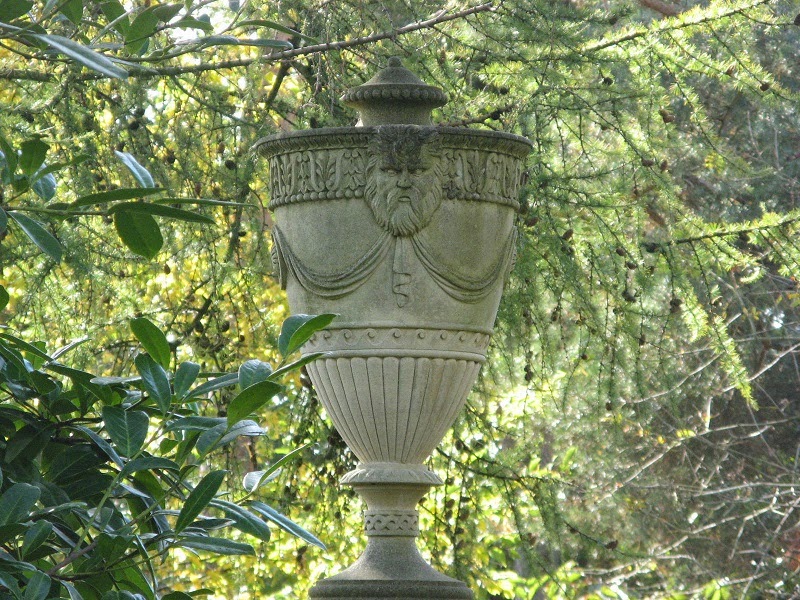 And also the grounds of Dunster Castle, where we found a garden of dozens of different varieties of dahlia, including one called "War of the Roses". 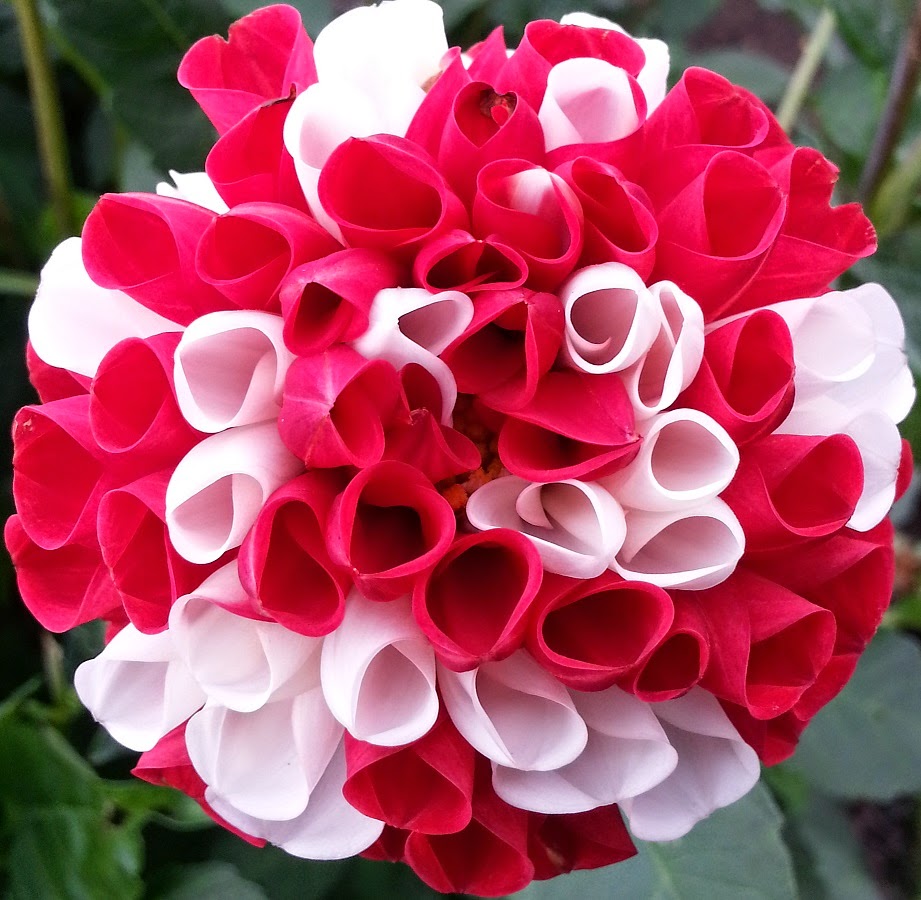 Next up the last of our holiday lets, in Cornwall.