A double post, since the last place I stayed didn't have wi-fi.

Our first day out in the Peak District, we headed to Bakewell, which was having a market day.  We promptly bought Bakewell Tarts, Bakewell Squares, Bakewell Crumble...  There were a lot of variations on these themes. [I liked the Bakewell Squares most.]

The Peak District has lots of fun railway bridges and things to drive under. 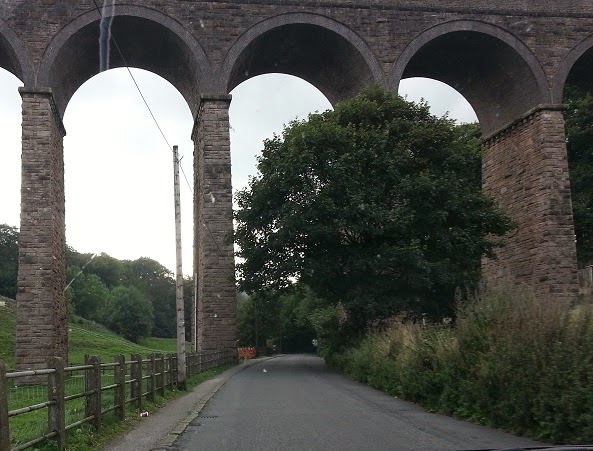 Our first walk in the district started at the Stepping Stones in Dovedale. 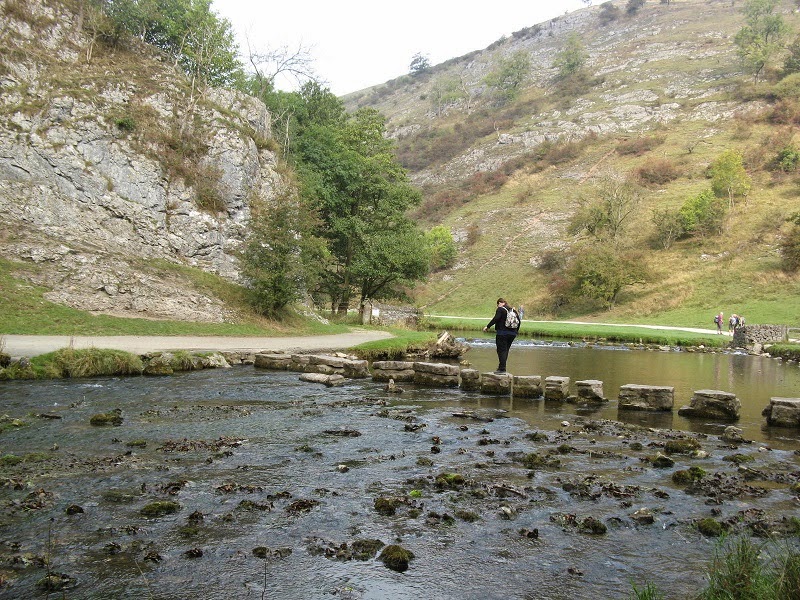 From here we wound our way along the river, then climbed a very vertical wooded hillside (trying not to inhale mosquitos), and wandered around farmland (lots of stiles to cross) until finally getting back to where we started. 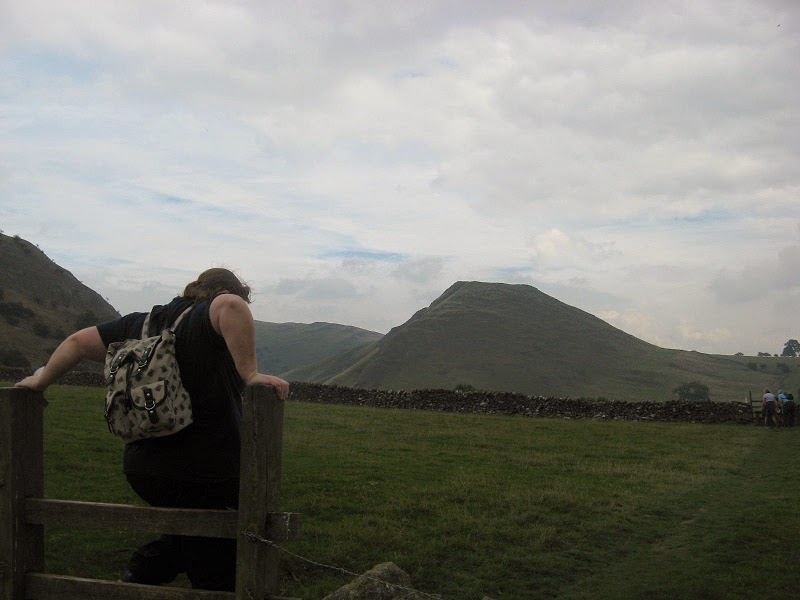 The next walk I wanted to do after this was Mam Tor from Castleton, but the weather had turned a bit rainy (and hills in the rain can be rather chancy), so since it was still drizzling by the time we got to Castleton, we detoured off to a thing called Speedwell Cavern, which is an old rather unsuccessful coal mine that had been flooded to make it easier to get the coal out.  To get to the cavern you don a hard hat, go down a whole heap of stairs, get into boats, and listen to your guide make you extremely glad you weren't one of the poor kids (and adults) stuck down here back in the day with a tallow candle in your teeth and an owner who was definitely inclined to put profit over health & safety. 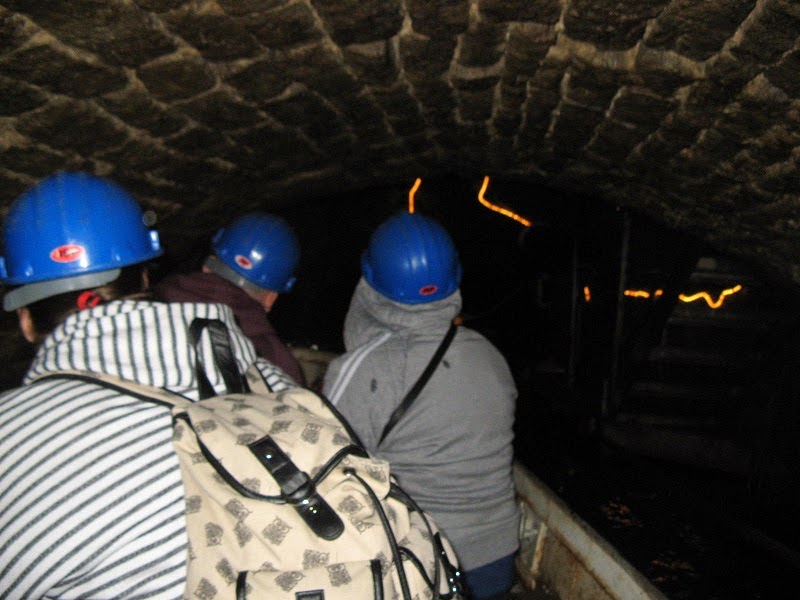 The next day we headed back to Castleton in hopes of better weather.  Still more drizzle, but not as much, so we risked it and fortunately the day cleared after about an hour of getting wet.  [It's better to be rained on going up rather than down because it's a lot easier to slip going down.]  We were doing a fairly long (3 1/2 hours?) walk via Cave Dale, but for anyone who wants to skip straight to the spectacular bit, you can drive most of the way up to Mam Tor and then climb up to the incredibly windy peak and walk along the spine of the ridge.  This was awesome - thoroughly recommend it to anyone in the area. 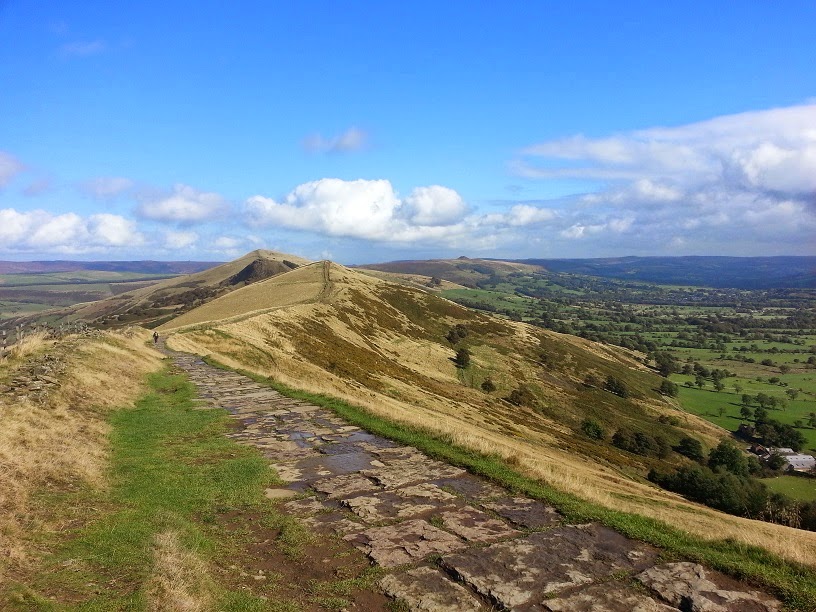 After the Peak District we headed off to the Norfolk Broads - a network of lakes and rivers that they only figured out in the 1960s were artificial - caused by water gradually filling a huge peat mining operation.

We were staying in a converted mill house. 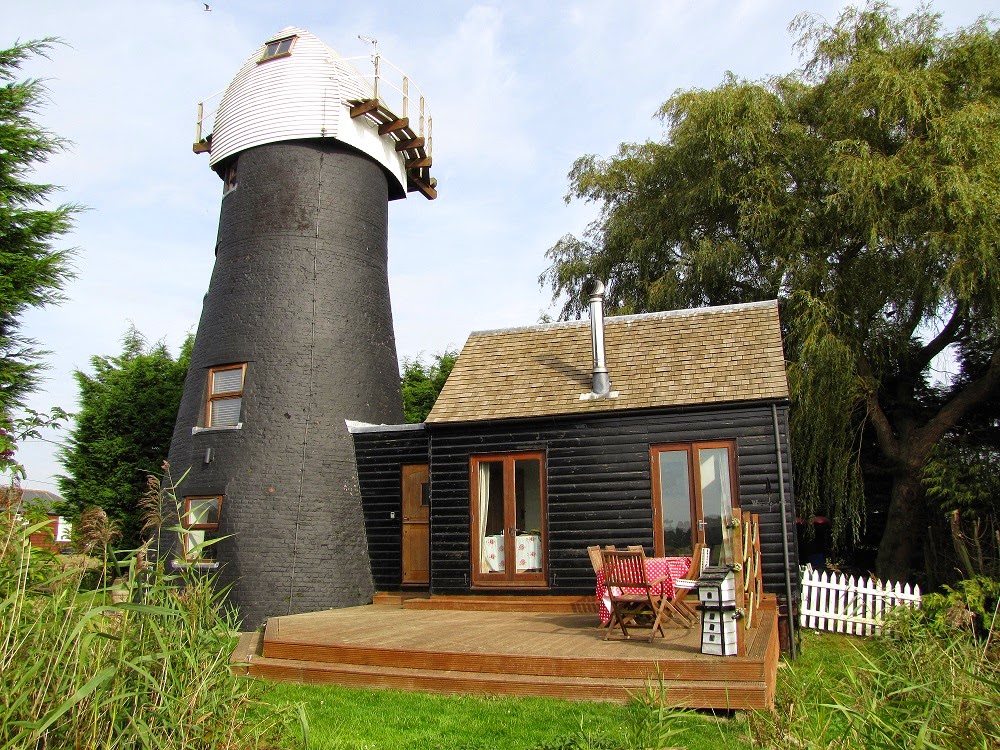 Very cool, but at the same time living in old converted buildings like that is pretty inconvenient.  This one had no road access, so we had to park down the river and haul our bags and shopping about 400 yards past all these docked boats and riverside houselets.  We were quite thankful for the little wagon. 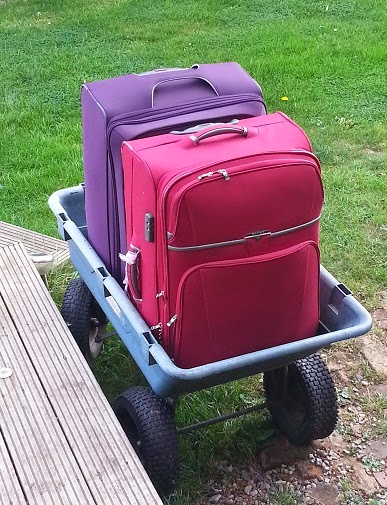 However, three dykes converged at the patio of the mill, so we saw a lot of bird life - a little family of moor hens lived there, swans passed daily, and I got to watch a heron fishing. 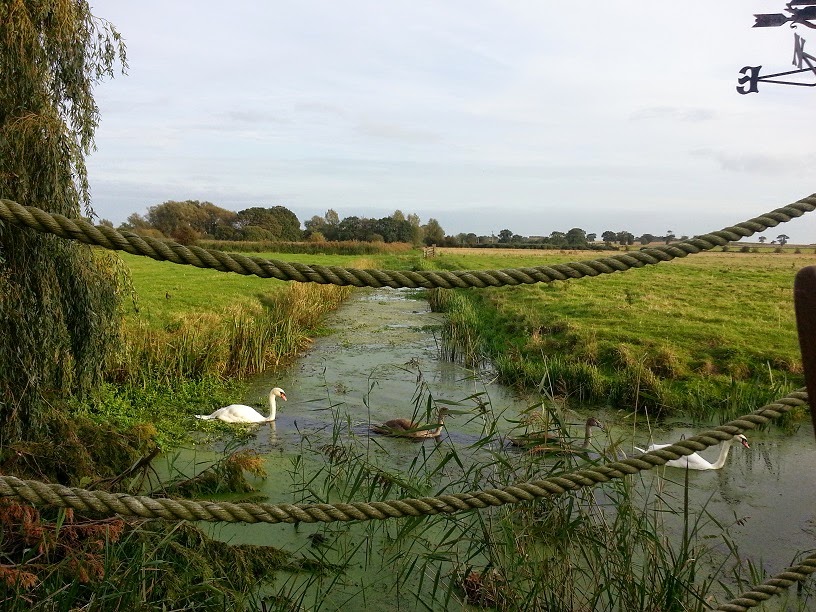 Norfolk doesn't seem to have much in the way of public walking paths, so we didn't do a great deal of walking here, but went on a boat trip, and also headed to the (relatively) nearby Cambridge - full of old buildings and 'punt touts' on every corner, trying to get you to sign up for a ride.  From the looks of it, it wasn't the high season for punting. 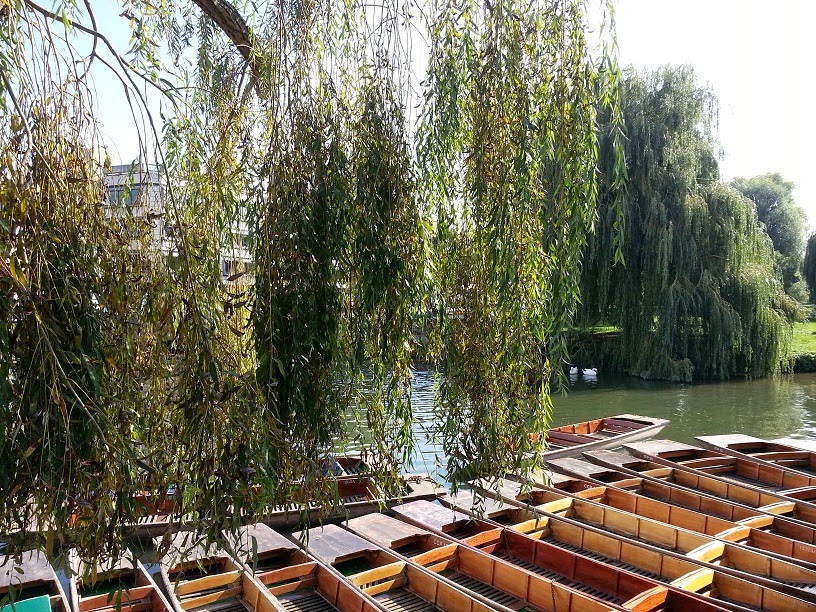