Anatomy of a Promo

My approach to self-publishing involves very little promotion.  I did submit my books to a small handful of book bloggers way back when I was starting out (and was very fortunate that one of them was The Book Smugglers!).  Along with the enormously generous support I've received from other writers, book blogger reviews have definitely made readers more inclined to pick up my books.

However, for the newbie author with no rep at all, no word-of-mouth, there is one primary method to build sales:
For those interested in the behind-the-scenes of this process, I've been grabbing charts and stats to show the impact of free on the sales of my books.


To start off with, here's a long chart of Book 1 and Book 2 of The Touchstone Trilogy, where you can see the impact to my sales over several years. 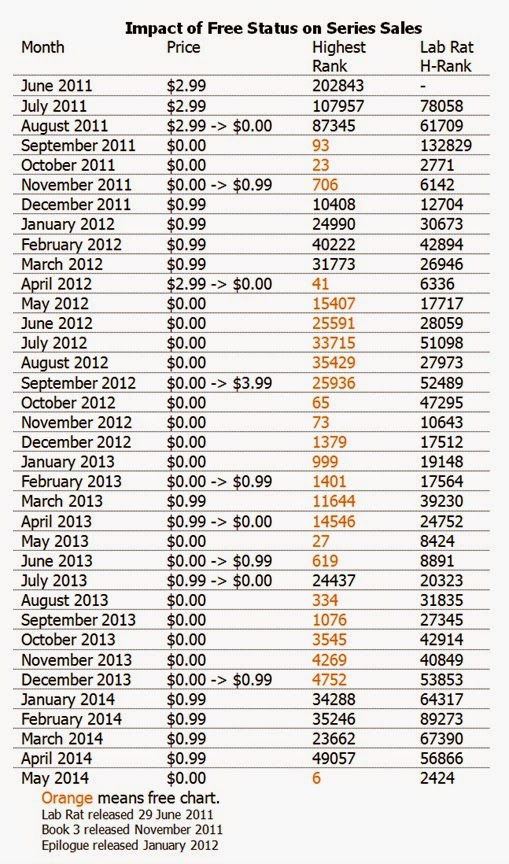 To give you some idea of how much money is involved in these rankings, first here's my sales for April 2014 (for all books in all Amazon markets) during a period when I had no freebies running. 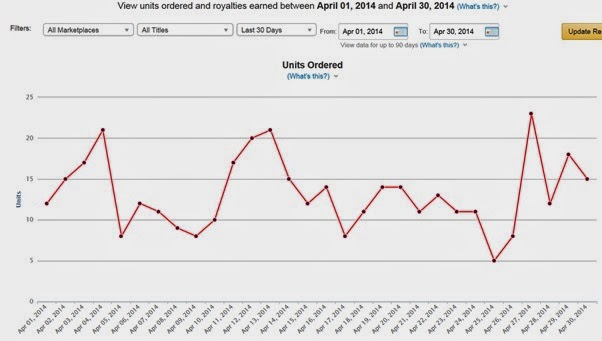 ﻿﻿﻿﻿Since I've released no new books this year, this gives a good idea of what my sales look like with no 'price juicing'.  [Non-Amazon sales are currently around a tenth of these amounts.]

And here are my sales for the fortnight or so following the 'Holy Grail' I mentioned earlier - a Bookbub promotion on the back of a free first book in a series. 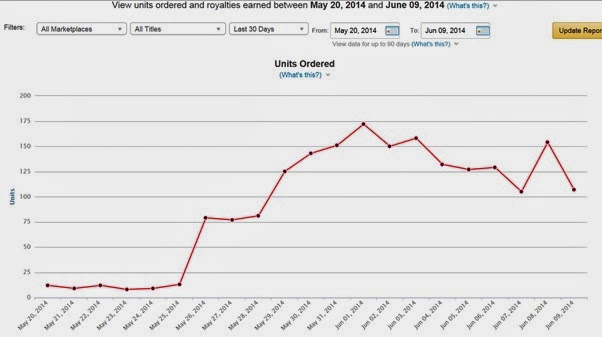 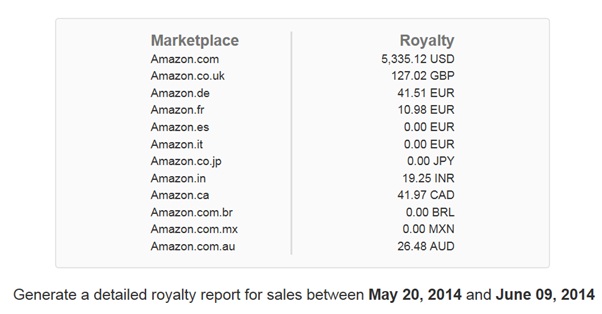 You used to be able to do this just by setting your book free - way back in the dark ages of 2011.  Nowadays you only really get this big a boost using something like Bookbub (a free/cheap book alert service with several million subscribers).  Of course, it's becoming rather difficult to land a Bookbub promotion these days. ;)

Most of these sales are of Touchstone, which remains my best-selling series by far:


Sadly, it's rare that price juicing has a permanent impact, but free is definitely a way to get your book out there and it's a hell of a rush to earn the equivalent of a book advance in a fortnight.  I gave away around 30,000 free copies of Stray this time (only a tiny fraction of those will ever be read), and will probably simply leave the book on permafree from now on.

And as the years go by, I slowly increase the numbers of 'my' readers out there - people who look specifically for my books and buy them when they're put out.  Not because of any price juicing or random encounter in the also-boughts list.  The career of a self-publisher can follow a very different path to trade authors (where pre-promotion and first week sales are so important).  Mine has been a slow build thing, but fun and interesting and a viable second income.